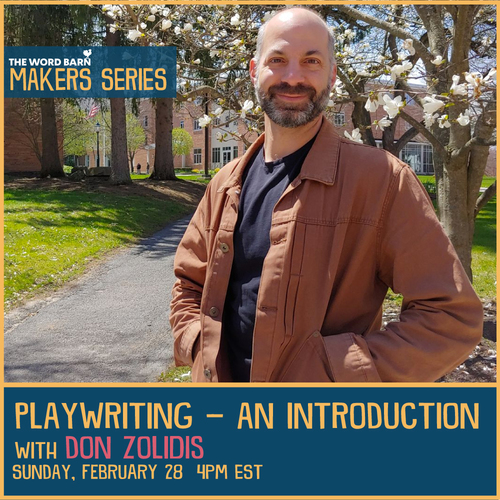 In this workshop, acclaimed playwright Don Zolidis will give a wide-angle overview of the playwriting process. What makes writing a play a different experience than writing a novel, a poem, or even a screenplay? What are the unique considerations to the form? This workshop will touch on the basics of dramatic form, as well as how to create compelling dramatic situations, characters, and dialogue. The workshop will also touch on what to do with a play after you’ve written one, and advice for writers starting out in the theater, with lots of time open for questions.

Don Zolidis is a playwright, novelist, and educator, and for the past decade has been one of the most-produced playwrights in American schools. He holds a BA in English from Carleton College and an MFA in Playwriting from the New School University and spent twelve years as a teacher in both public and private schools. His more than 100 published plays have been produced more than 18,000 times, appearing in every state and over 70 different countries. His first novel, THE SEVEN TORMENTS OF AMY AND CRAIG (A LOVE STORY) was published in 2018 by Disney-Hyperion and was translated into seven languages. His second book, WAR AND SPEECH, appeared in 2020.