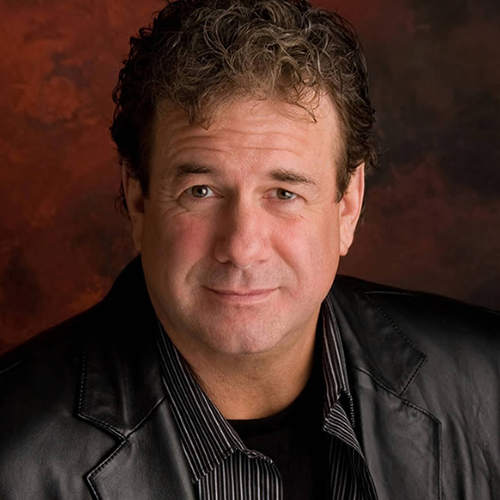 Word Barn Comedy Night is BACK inside The Word Barn for a hilarious and fun night filled with laughter!

Ken Rogerson, “The funniest man you’ve never heard of,” started his comedy career working the Chicago club circuit and at the famed Second City. After touring with the improvisational troupe The Comedy Rangers, Ken moved East and became a central part of the historic ‘80’s Boston comedy scene as documented in the film When Stand Up Stood Out. Ken is now all over the internet, where you’ll find clips from his Dry BarComedy special, "Way North of 40" which total over a million views, and he can also be heard on Sirius XM, Pandora, and Spotify.

In addition to his Rescue Me Comedy Tour and Billy Gardell Showtime Special you may also have seen Ken as “Kevin the Biker Fireman” on F/X’s hit show Rescue Me starring Denis Leary or as “Pat the Cop” on ABC’s It’s All Relative with Lenny Clarke. He has also made numerous other television appearances on such shows as NBC’s , Late Night with Conan O’Brien, The Late Show with David Letterman, Comedy Central’s Comics Come Home, and Showtime’s A Pair of Jokes to name a few.

A national headliner, Ken has performed all over the world. A favorite at festivals, he appeared at The Boston Comedy Festival with Lewis Black and Friends, The Burbank Comedy Fest as Best of the Fest and the TBS Comedy Festival in Las Vegas, to name a few. The Boston Herald said, “He makes the absurd seem logical.”

A writer, sketch player, actor and comedian, Ken wrote and starred in comedy film pieces on Fox’s Sunday Comics and has made film appearances in Fever Pitch & There’s Something About Mary. He has also written several episodes for USA Network’s comedy, Sirens.

At this time, proof of full vaxx are required to enter The Word Barn.