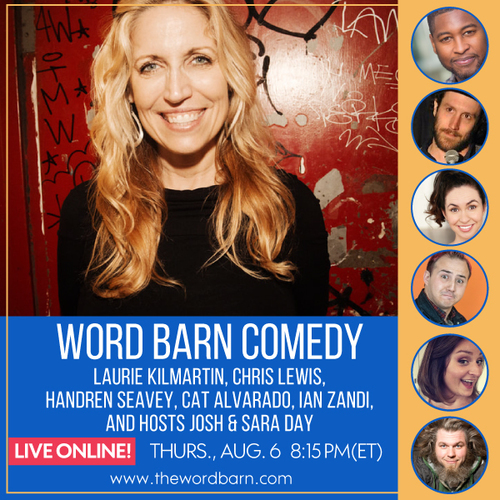 Join us for our Word Barn Comedy LIVE online!

This event will be a *PAY WHAT YOU CAN* live stream, but you can secure one of the limited spots by making a donation of your choice and being sent the ZOOM link in advance of the show.

Purchase the $0 ticket, and make a donation in the next CheckOut screen. You will find the Zoom link and password on your electronic ticket!

A portion of proceeds will be going to the Grassroots Law Project – an effort started by Shaun King to radically transform policing and justice in America.