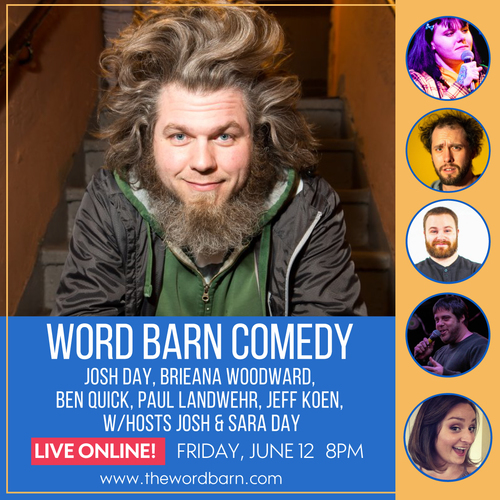 A portion of proceeds will be going to the Grassroots Law Project - an effort started by Shaun King to radically transform policing and justice in America. Be well, stay safe, and tune in and laugh with us.

Josh Day, a New Hampshire native and current Massachusetts resident, has been performing comedy for over 8 years. He began his comedy career after a freak paddle boarding accident left him with a broken neck, paralyzed from the waist up, but was very lucky and regained near full mobility.

After having broken his neck, Josh decided it was time to break a leg doing stand-up. Josh enjoys making people laugh away life’s trials and tribulations, if just for a fleeting moment. With a mixture of wordplay, personal stories, and self-deprecation, Josh has been enjoying making crowds confused and amused.

He is the founder and host of the Stone Church Comedy Series. He has opened for Dave Attell at the State Theater in Portland, Kyle Dunnigan at Laugh Boston and Drew Lynch at the Improv.