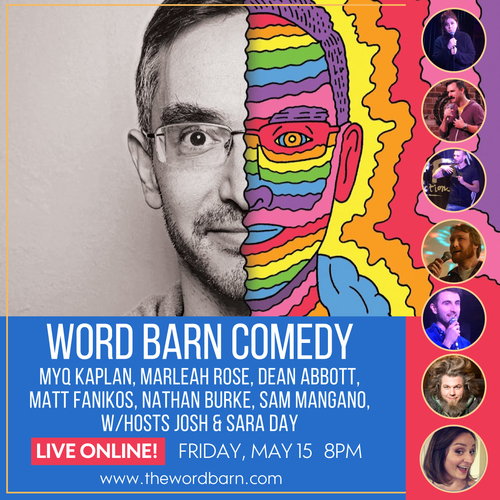 ***The Zoom Link and Password is on your electronic ticket!***

Myq Kaplan is a comedian named Mike Kaplan. He has performed on the Tonight Show, Conan, the Late Show with David Letterman, Late Night with Seth Meyers, the Late Late Show with James Corden, in his own half-hour Comedy Central Presents special, and in his own one-hour special on Netflix and now Amazon, “Small, Dork, and Handsome.” He has been a finalist on Last Comic Standing and recently appeared on America’s Got Talent. His debut album “Vegan Mind Meld” was one of iTunes’ top 10 comedy albums of the year, and his latest album “A.K.A.” is out May 8. Thanks for reading all this. You’re very nice.