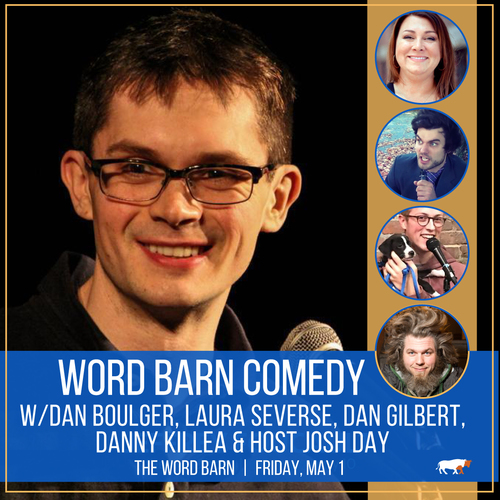 This sells out (and is loads of fun) - so lock in your spot sooner than later!

Dan Boulger started doing standup in late 2004. He won the Boston Comedy Festival in 2006. After that he appeared on the "Late, Late Show with Craig Ferguson" twice, Comedy Central, The BBC, and the HBO Aspen Comedy Festival. He has been heard on NPR. He has done shows on the Comedy Central live and College humor live tours.