Tonight's the Night: A Celebration of Neil Young

Tonight's the Night: A Celebration of Neil Young 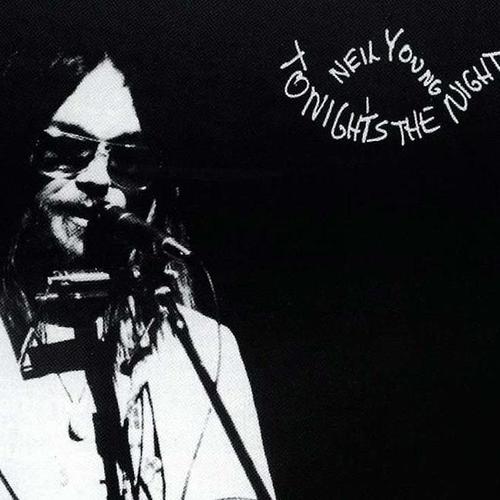 All performances at The Dance Hall REQUIRE PROOF OF FULL VACCINATION against COVID-19 or PROOF OF A NEGATIVE COVID TEST administered within 72 hours.

Masks are required indoors for patrons and staff.

Maine based singer-songwriters Marc McElroy and Seth Warner will present Tonight's the Night: A celebration of Neil Young an evening featuring and a complete live performance of Young's legendary record Tonight’s the Night as well as a selection of acoustic and electric favorites and deep cuts.

With most of the tracks recorded in 1973, Tonight's the Night was a stark and willful departure from the country and folk infused sounds that made Neil Young an overnight superstar and folk icon. Dealing both directly and indirectly with the overdose related deaths of his Crazy Horse band mate Danny Whitten and roadie Bruce Berry, the material is at once melancholy and full of dark humor. Featuring a cobbled together band of usual suspects from his pre-Harvest records, the music has a rough hewn, unrehearsed and rollicking beauty. Young's record label Reprise was so taken aback by the stark shift in color and content that they delayed the release of this recording until they could do so unannounced, just prior to the fully promoted 1975 Neil and Crazy Horse record, Zuma. Filling out the track listing, the album includes a live recording featuring Danny Whitten and a song that was recorded during the Harvest sessions at Neil Young's Broken Arrow ranch.

Marc McElroy and Seth Warner started performing music together in the fall of 1990 at the University of Maine, and have collaborated, recorded and harmonized off and on, ever since. Building on the success of their highly successful and entertaining acoustic duo shows. Marc is a seasoned and soulful singer, songwriter, producer and multi-instrumentalist and has been an active musician since 1989 and has performed literally all over the world, on the street corners of Galway and rock clubs of Moscow. His band Elroy has released 4 full length albums of original music and appeared up and down the Northeast coast from the island of Vinalhaven to the island of Manhattan. He also operates the Electric Cave recording studio along with the venerable and well loved “Gary’s Guitars” in Portsmouth, New Hampshire.

Seth’s performances have been described as “ethereal” by the Portland Press Herald and has appeared on stages as diverse as The Boston Early Music Festival, WGBH radio, KD Rhein River cruises in Germany and at Joe’s Pub in New York City. Highlights from his performances include collaborations and tours with the Grammy award winning Parker String Quartet and the extraordinary gospel and blues singer, Francine Reed. Also enjoying a varied and successful career in arts administration, Seth was named as an Emerging Arts Leader by the Association ofPerforming Arts Presenters in 2008.

The band joining Marc and Seth will include Dan Beller-McKenna on Pedal Steel, bassist Jim Lamond and drummer Chris Marro.

Neil Young said of the overwhelming success of the single “Heart of Gold” from 1972’s Harvest: “This song put me in the middle of the road. Traveling there soon became a bore, so I headed for the ditch. A rougher ride but I saw more interesting people there.” The music and albums that followed Harvest established Neil as a willfully erratic artist not interested in following a safer formula of past success but rather focused on the purity of personal expression and the raw power of music. After an experimental film and soundtrack, Journey Through the Past (1972), three albums were released that are commonly referred to as the “Ditch Trilogy”: Time Fades Away (1973), On the Beach (1974) and Tonight’s the Night (1975).