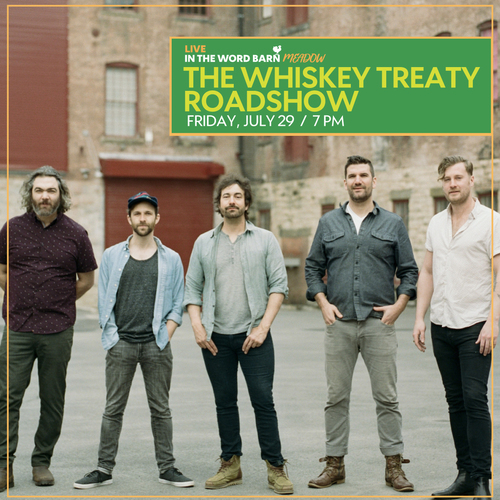 The Whiskey Treaty Roadshow is a collaborative band that brings together five Massachusetts singer-songwriters in the being of Americana, Rock and Roots-Folk Music.

The Whiskey Treaty Roadshow is made up of Massachusetts songwriters Tory Hanna, Billy Keane, Chris Merenda, Greg Daniel Smith and David Tanklefsky. For seven and a half years, the band has thrilled regional and national audiences with its electric live shows, earning them slots at acclaimed festivals including Green River Fest, Fresh Grass, The Kate Wolf Memorial Music Festival, The Rock Boat, Strange Creek and more.

In January 2020, the band released its debut studio album, Band Together, featuring Steve Gorman (The Black Crowes) on drums and Pat Sansone (Wilco) on bass. The album was produced by acclaimed Berkshires musician/producer Johnny Irion. The album earned acclaim in Rolling Stone, No Depression, and American Songwriter.