The Dance Hall presents Django By the Sea – A Special Livestream Event!

The Dance Hall presents Django By the Sea – A Special Livestream Event! 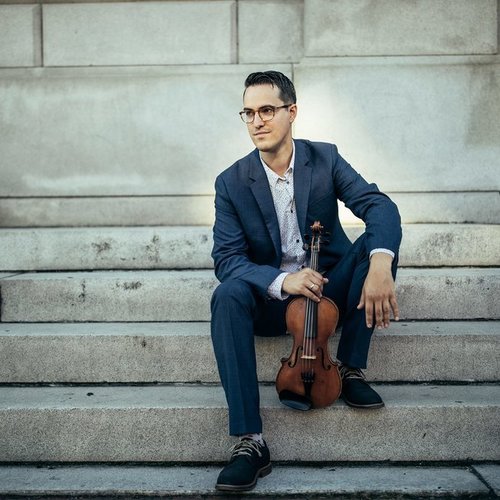 Django By the Sea Founder and violin virtuoso Jason Anick has assembled an all-star quartet of festival favorites including guitarist Max O’Rourke, bassist Greg Loughman, and piano wizard Matt DeChamplain for a special event that will be live-streamed from the Dance Hall in Kittery, ME!

Talk to the abundantly gifted violinist and mandolin player Jason Anick and the phrase jazz without borders will invariably come up. What the axiom means to Anick is a contemporary jazz that is stylistically inclusive in nature, a jazz that brings whatever it can to the party, unwilling to cut something out of the mix for fear of it not fitting prescribed boundaries. An inviting demonstration of the maxim in action can be found on Anicks recent release, United, which was picked by Downbeat Magazine as one of the top jazz albums of 2017.

One of the youngest violin professors at Bostons Berklee College of Music, Anick is considered a rising star in the world of jazz violin. Over the past few years, Jason has been focusing on arranging and composing for the Rhythm Future Quartet, which he started with Finnish guitarist Olli Soikkeli. With performances all over the U.S. and Europe, the Rhythm Future Quartet is rapidly becoming one of the preeminent Gypsy jazz groups in the country.

Pianist Matt DeChamplain has performed at the Monterey Jazz Festival, The Greater Hartford Festival of Jazz, Berks Jazz Festival, New Yorks JVC Jazz Festival, The Berklee Jazz Festival, The Kennedy Center, Jazz at Lincoln Center, and renowned jazz clubs such as Regatta Bar, Smalls, and Yoshis. In 2008, Matt was selected for the Betty Carter Jazz Ahead Program where he engaged in a two week intensive composition and performance workshop under the instruction of jazz luminaries Dr. Billy Taylor, Nathan Davis and Curtis Fuller culminating in three performances filmed live from the Kennedy Center in Washington D.C. That same year he was part of a group lead by bassist Nat Reeves that toured New Ross, Ireland. In 2010, Matt participated as a semifinalist in the Martial Solal Jazz Piano Competition in Paris, France. Currently Matt holds a faculty position at the Hartt School (University of Hartford, Jackie McLean Institute of Jazz). He has also taught at the Greater Hartford Academy of the Arts, led the big band at Glastonbury High School, and taught at the Artists Collective, the Litchfield Jazz Camp, and New Hampshires Jazz All State.

Guitarist, composer, and arranger Max O’Rourke was born and raised in West Rutland, Vermont. His interest in guitar began when he was six and has since progressed into a lifelong journey. While touring around the world with the Gonzalo Bergara Quartet, Rhythm Future Quartet and The Jason Anick Trio, he has built up a significant amount of original work and is now leading his own project. His debut album Disquiet draws from his roots in gypsy jazz and also marks the start of his love for the electric guitar.

Greg Loughman is a top call bassist in Boston and has been heard with such luminaries as Sheila Jordan, Curtis Fuller and George Garzone. He regularly performs with the Rhyhtm Future Quartet and the Jason Anick Acoustic Trio.