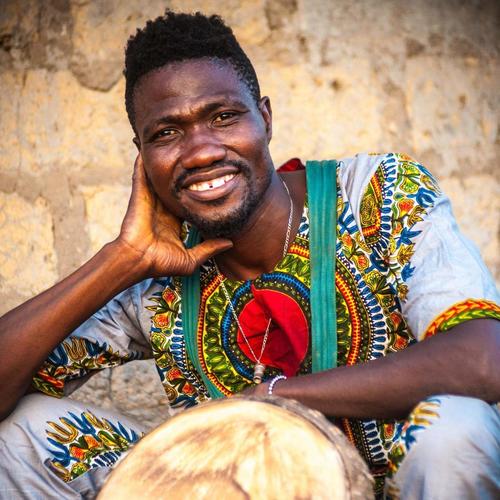 THIS EVENT HAS BEEN RESCHEDULED DUE TO WEATHER. NEW DATE IS SATURDAY JULY 17, 6-7PM, AT THE JOHN PAUL JONES PARK IN KITTERY

Renowned djembefola, Namory Keita, originally from Sangbaralla, Guinea in West Africa and native New Englander, Liz Fowler, have teamed up for the past eight years with Seacoast West African Dance and Drum.

Namory was the lead drummer in his village of Sangbaralla, Guinea before relocating to New England more than eight years ago. He’s a master of traditional (or village style) drum from Guinea which he continues to share throughout North America and around the world through workshops, residencies, and performances. He’s a member of Theo Martey’s Akwaaba Ensemble, sharing drum and dance from both Ghana and Guinea. He now lives in Portland, ME, where he leads accompaniment for dance taught by Marita Kennedy-Castro and together they formed the New Moon Ensemble.

Liz has studied dances from Guinea, West Africa since 1995, after first being introduced to West African Dance as an undergraduate at Connecticut College. She’s traveled to Guinea five times to dance and to learn more about many parts of the culture. Here in the US she has studied with several Guinean dance teachers including Youssouf Koumbassa.

Together Namory and Liz have held classes at the Dance Hall since its opening, inviting master artists from Guinea to teach a few times a year as well. Until March of this year, anyone driving down Walker Street in Kittery, would hear the rhythms of drums emanating from the Dance Hall on a Thursday. They’re looking forward to opportunities to drum and dance together with more regularity again soon.

For the health and safety of our attendees we ask that you wear masks until you are seated and respect others by socially distancing.