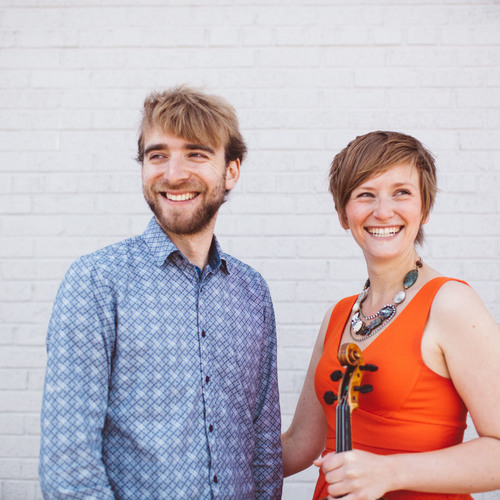 (This is the rescheduled outdoor summer concert at THE DANCE HALL)

KATIE MCNALLY & NEIL PEARLMAN The vibrant musical traditions of Scotland and Cape Breton take on new life in the hands of Katie McNally ("Formidable" - The Boston Globe) and Neil Pearlman ("a tremendous pianist" -BBC Radio Scotland). Based in Portland, ME, this young musical couple is making waves internationally with their fresh approaches to traditional forms. Katie McNally has already made her mark on Scottish music in North America and her 2020 release "Now More Than Ever" has been praised as ground-breaking on both sides of the Atlantic. In addition to fronting her own trio, Katie performs with Fàrsan, fiddle supergroup Childsplay, and has toured with such Celtic music luminaries as Carlos Nuñez, Karan Casey, and John Whelan. Katie has performed in the US and abroad at Celtic Connections, Celtic Colours, the Newport Folk Festival, and The Festival of American Fiddle Tunes. Called “a force to be reckoned with” by WGBH’s Brian O’Donovan, Neil is recognized in many Celtic music circles for his unique approach to the piano. Rooted in traditional Cape Breton piano styles, Neil brings in ideas from many other genres and the result is an exciting new sound that remains true to its traditional roots. An accomplished Cape Breton step dancer as well, Neil grew up in the family band Highland Soles, led by father and mother Ed Pearlman and Laura Scott, both influential Scottish music and dance figures in the US. Neil currently performs in a duo with Shetland fiddler Kevin Henderson and in the Gaelic band, Fàrsan.

PLEASE NOTE: FOR YOUR SAFETY THESE ARE ONE SET CONCERTS WITH LIMITED SEATING.

PROOF OF VACCINATION AND MASKS WHILE IN MOTION ARE REQUIRED