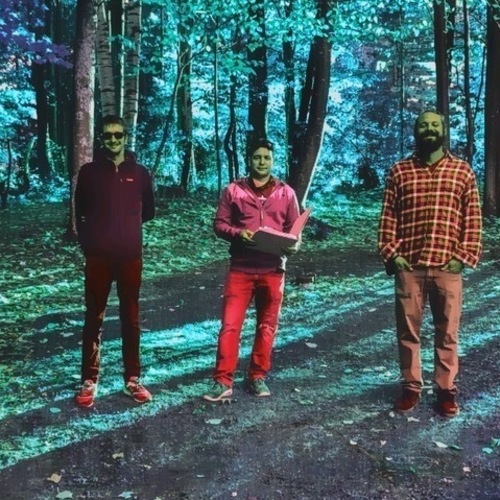 Skunk Sessions = Jam at its best. Brought to you by a super group of four musicians from the Salem Massachusetts area. Eric Reardon, Brandon Tarricone, Steve Burke, and Derek Hayden are the forces behind the music.  These gentleman have taken a huge and constantly growing list of songs from artists/bands such as The Allman Brothers, David Bowie, The Grateful Dead, Prince, Phish, The Talking Heads, The Band, The Neville Brothers, Eric Clapton, Stevie Wonder, Dr. John, The Beatles, and Crosby Stills and Nash to name a few, and with their own free-spirited approach given a fresh feel and improvised motive to material that audience members everywhere can Identify with.  They also have a large and quickly growing list of original music which has been touted by many fans as their favorite part of the show.

Brandon Tarricone, guitarist/singer/composer, known for his 10 years heading up the popular New Orleans based band Brotherhood of Groove, and currently Krewe de Groove, Krewe de Roux, along with Henley Douglas’ R&B. He carries 20 years of professional playing and touring experience and has toured and performed in over 35 states and multiple countries) at some of the most popular venues in the country.

Eric Reardon, guitarist, is hometown musical royalty, born and raised in Salem Ma. He has been performing for 15 years all over New England. Current projects include Sarah and the Wild Versatile along with his own band Eric Reardon’s Ulterior Motives, to name a few. Eric’s original style guitar chops are like non other on the scene today.

Derek Hayden, percussionist/drummer, is a hard working and in demand performer in the Boston/New England area. From orchestral, to jazz, to blues/rock, Derek is a well versed. He is a founding member of Sarah and The Wild Versatile and Merrimack Delta Dub Set, and most importantly he brings the heavy grooves to the stage every night.

Adam Sailor, bassist/composer is a working musician and founding member of Soul Rebel Project and Dub Boat, both successful in their own right.

This is an indoor socially distanced performance