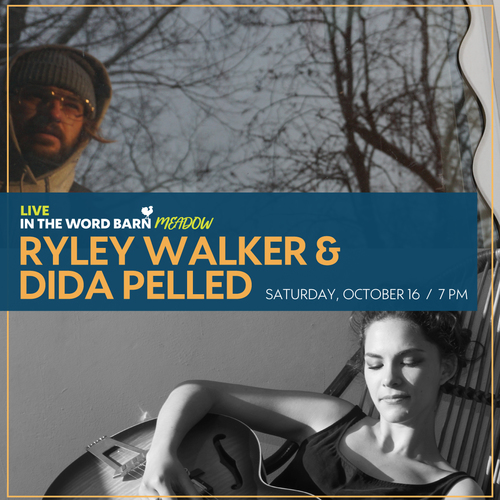 Ryley Walker currently resides in New York City. But his latest LP is a Chicago record in spirit. The masterful Course In Fable, the songwriter’s fifth solo effort, draws from the deep well of that city’s fertile 1990s scene, when bands like Tortoise, The Sea and Cake and Gastr del Sol were reshaping the underground, mixing and matching indie rock, jazz, prog and beyond.

Walker spent his formative years in Chicago, absorbing those heady sounds and finding ways to make them his own. Even though he emerged at first in folk- rock troubadour mode, it makes sense that he’s arrived at this point; each LP has grown more intricate and assured, his influences distilling into something original and unusual. To put it simply: Course In Fable is Walker’s best record yet, full of active imagination and endless possibilities.

Last October, Ryley went straight to one of the primary architects of the Chicago sound to make the LP. John McEntire, Course In Fable’s producer/engineer/ mixer, can rightly be called a legend for his work with Tortoise, Stereolab, The Red Krayola, Jim O’Rourke and countless others over a prolific career that now spans more than three decades. Seeing his name in an album’s liners is pretty much a trademark of quality.

Another Windy City exile, McEntire is based on the west coast these days, working out of the Portland, OR studio he’s dubbed Soma West. On the seven songs here, he delivers the signature shimmering and pristine sonics he’s become known for over the years. But McEntire was also intimately involved with Course In Fable’s overall creative process. “I told him to take the mixes and have at it,” Walker says.

The result is a rich, immersive affair — a headphones record if ever there was one. Course In Fable’s songs are twisty, labyrinthine things, stuffed full of ideas (Walker half-jokingly calls it his “prog record”). But no matter how complex it gets, the album is never overwhelmingly busy. Wiry guitars melt into gorgeous string sections (arranged by Douglas Jenkins of the Portland Cello Project). Tricky time signatures abound but feel as natural as can be. Melodies open drift in unexpected directions but remain downright hummable. Like Walker’s beloved Genesis, the pop element is never too far from the surface even when shit gets weird. (And speaking of weird, Ryley says that in addition to Genesis, much of the album’s inspiration comes from “Australian extreme scooter riders on YouTube and balding gear heads on Craigslist.” Go figure.)

To help put together these various puzzle pieces, Ryley assembled a band made up of several longtime collaborators. Bill MacKay (another Chicago mainstay) and Walker have made two excellent instrumental duo records of interlocking guitars and warm give-and-take — a rapport very much in evidence throughout Course In Fable. The freakishly talented drummer Ryan Jewell has performed with Walker for years now in a variety of settings, from straight forward song-centric sets to blown-out improv extravaganzas. Bassist Andrew Scott Young (Tiger Hatchery, Health&Beauty) has logged many miles on tour with Walker; he and Jewell are frequently astonishing, a buoyant-but-always-locked-in rhythm section, able to navigate sometimes dizzying turnarounds with apparent ease. Listening to the interplay between Walker and these musicians and you might be fooled into thinking they’d spent a year road- testing Course In Fable’s songs. But it all came together relatively fast, thanks to demos, rehearsals and the kind of musical empathy that comes from years of playing together.

Beneath the wondrous interplay, you’ll find some of Walker’s most personal – if still typically cryptic — lyrics, hinting at some of the trials the songwriter has been dealing with in recent years. Balanced with necessary doses of dark humor and oddball poetry, Course In Fable feels most of all like a life-affirming record, fresh air in the lungs, sun on your skin. “Fuck me, I’m alive,” Ryley sings at one point, a moment of both disbelief and pure joy.

Walker has released his albums on a who’s-who of independent labels over the past decade — Tompkins Square, Dead Oceans, Thrill Jockey and Drag City among them. This time around, he’s doing it DIY-style, putting Course In Fable out on his own Husky Pants imprint. You’re in good hands. This is an album that sounds great (mastered by Greg Calbi), looks great (artwork by Jenny Nelson and design by Michael Vallera). It probably even smells great. Whether you’ve been onboard since the beginning or are new to the Ryley Walker universe, you’re in for a treat.