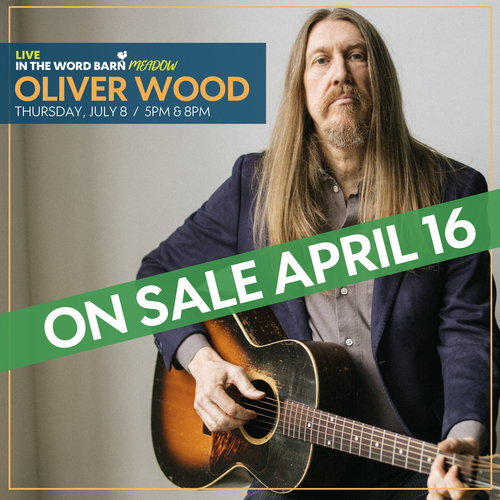 Oliver Wood live in The Word Barn Meadow for a one-of-a-kind concert experience!

Oliver Wood is a mainstay of modern-day American roots music. The frontman of the Wood Brothers since 2004, he's spent the 21st century blurring the boundaries between folk, gospel, country-soul, and Americana, earning an international audience and a Grammy Award-nomination along the way. Always Smilin,' his debut as a solo artist, continues that tradition while also shining new light on Oliver's sharp songwriting, savvy guitar chops, and a voice that evokes the swagger of a Saturday evening picking party one moment and the solemnity of a Sunday morning gospel service the next.

Longtime fans don't need to worry; Oliver remains fully committed to the Wood Brothers. When the Covid-19 pandemic forced the band to clear its touring schedule and spend most of 2020 at home, though, he began gathering together the solo material he'd been writing with other musicians. Gradually, almost surprisingly, an album began taking shape.