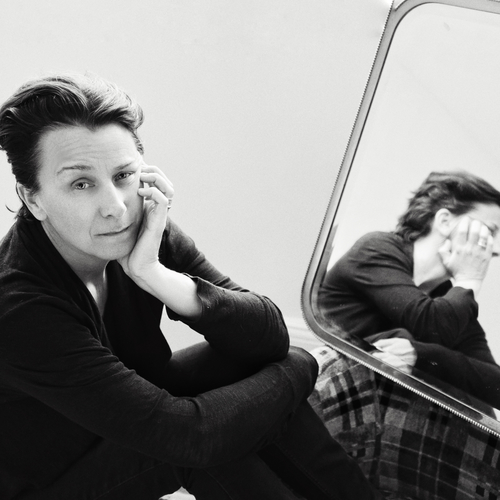 Join us for a special evening with Melissa Ferrick and Sarah Walk.

Melissa Ferrick is a Professor of the Practice at Northeastern University in the Music Industry Department at the College of Arts Media and Design. They've released seventeen albums over the last twenty-five years and have won numerous awards for songwriting, production, and performance. From 2013 to 2019, Melissa was an Associate Professor of Songwriting at Berklee College of Music. They hold an Ed.M from Harvard University.

Signed to Atlantic Records in 1992 at the age of 21, after opening up for Morrissey in the US and UK, they released their debut and sophomore albums on Atlantic before moving on to Independent label W.A.R. Records between 1996-1999. In 2000 Melissa launched the nationally distributed independent record label Right On Records. An advocate of songwriter and publishing rights, Ferrick agreed to be a named plaintiff of the class action lawsuit, Ferrick v. Spotify, for willful copyright infringement. Melissa's publishing catalog is administered by the Raleigh Music Group.

Ferrick is regarded by critics, executives, and peers as one of the most prolific and hardworking artists in the independent music business. Melissa has shared the stage with Morrissey, Joan Armatrading, Weezer, Tegan and Sara, Mark Cohen, Paul Westerberg, Bob Dylan, John Hiatt, Ani DiFranco, k.d.Lang, Suzanne Vega, Shawn Colvin, and many others.

Sarah Walk grew up amongst the Minneapolis cold, channeling observations of the world around her into song in an attempt to better understand it; an instinctive outlet through the lens of a wide eyed pre-teen. It wasn’t until she was caught with her then-secretive girlfriend at the age of fourteen that Walk’s songwriting began to turn inward, evolving into a necessary muse for her own self discovery, shame, heartbreak, and reclamation.

Her distinct, androgynous voice marries depth and delicacy, complemented by her strong use of rhythm and rich mid range piano playing. Walk’s songs are masterfully tinged with anger, regret, and the obsession of desire. With her recent self-investigative material, Walk explores themes of vulnerability, gender, toxic relationships, and entitlement within structural patriarchy. Sarah deals in songs that are as confessional as they are gut wrenching and swathed in emotion, at once aching and artful, speaking to every magnitude of love and loss.

Metro calls her work “haunting and elusive,” while Red Bull Music says “the Minneapolis singer’s songs are big, soaring things that deal in similar hefty issues but it’s Walk’s fierce yet soulful delivery that lands the decisive blow.” Clash Magazine calls her lyrics “visceral, poignant work,” while BBC6 Music's Lauren Laverne comments that Sarah’s work “blew my mind when I heard it... beautiful and compelling,” calling her “one to watch.”