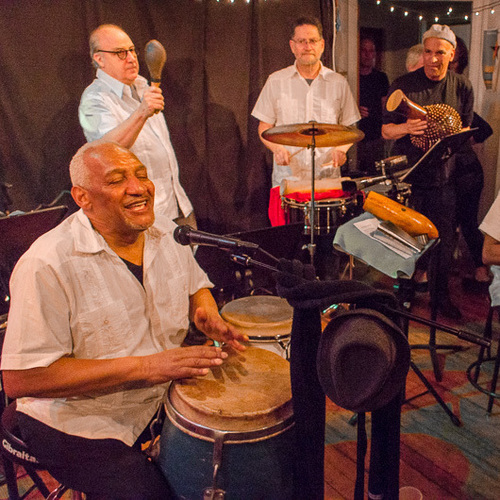 Lookie Lookie returns for a hot evening of Latin music!

Despite these weighty credentials, the music is bouyant and fun, suitable for dancing – all styles, no salsa skills necessary. If dancing’s not your thing, there’s plenty for listening: with four percussionists, three horns and bass, the music is a treat for the ears, with deep Afro-Carribean grooves, jazz soloing and plenty of singing, in Spanish and English.