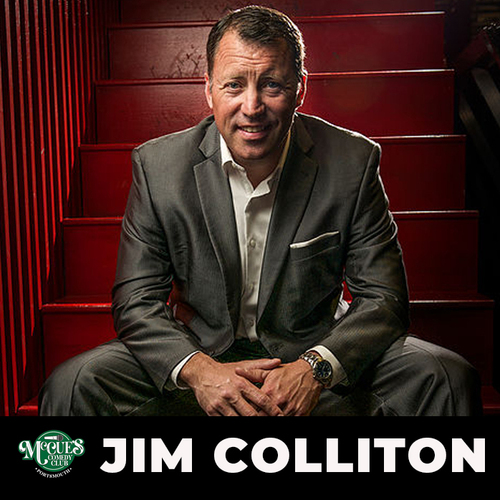 Join us for an evening of comedy and laughter with Jim Colliton.. Not only has Jim been featured on TV - Comedy Central, NBC, and Fox to name a few - he also has a podcast, Lawn & Disorder. Along with comedian Greg Boggis and Jessie Baade, Jim will have you laughing until you cry. Get your tickets now...trust us, you do not want to miss this evening!

Being married and raising 3 kids Jim has turned his every man’s life style into a hilarious comedy routine. Talking about basic daily activities like yard work or dealing with peanut butter allergies, Jim’s love for performing comes across every time he takes the stage. His well-crafted jokes are weaved into his spontaneous crowd work bringing down the house at comedy clubs and cruise ships across the world.

Greg Boggis is a New England based stand-up comic with almost twenty years of experience in the entertainment business. Greg was featured The Hippo in their Best of 2017