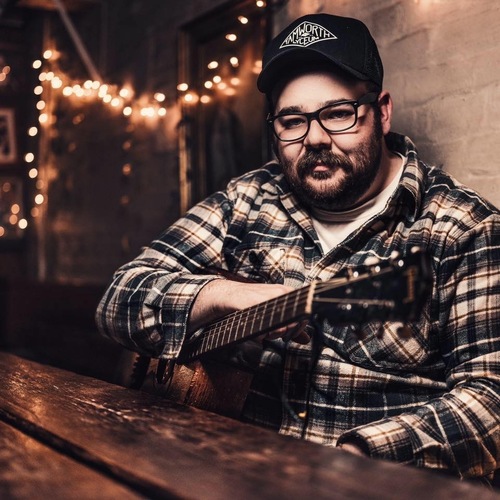 This is an indoor socially distanced performance.

George Barber's unique brand of Americana pulls from the proud folk traditions of songwriters like John Prine, Steve Earle, and Jason Isbell, while blending the gritty ruckus of bands like Lucero, Deer Tick, and Son Volt. His new album Where The Trouble Started will be out Nov 2020.

Derek Fimbel is a folk artist from New England where he discovered all the musical stylings he'd eventually lend his talents to. With influences from indie artists like Ben Kweller and folk songwriters like Gregory Alan Isakov, Derek performs his genuine songs in a blend of the contemporary and the traditional. With gentle but hard hitting, emotional vocals and writing along with dynamic, atmospheric guitar playing, Derek always has listeners' ears glued to his music, silently awaiting the next line. In addition to his solo music Derek plays bass in acclaimed americana band Town Meeting as well as the pop-punk band Bad Sandy. Derek also plays banjo in the folk band The Double Crossers. In 2013 Derek formed the indie folk group The Doodads and Don’ts with whom he released two albums.