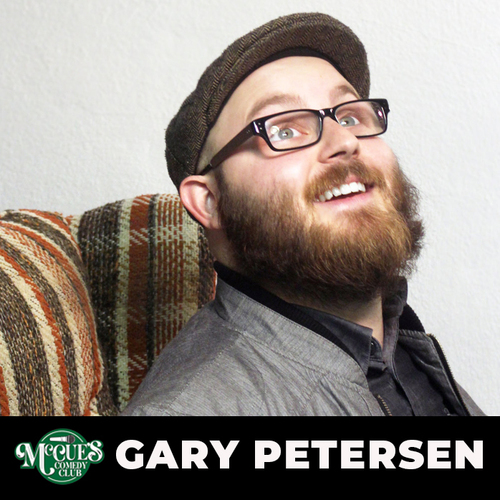 Gary Petersen is on the horizon of a new comedy frontier. Named 2016 Best Comedian by Boston Magazine, this absurd realist takes his curiosity and applies it to the wide world of weird. Accomplishments: The Great American Comedy Festival, Best Comedian by Boston Magazine, 2016 Riot LA's comics to watch. Petersen is blazing a trail of tomfoolery and now is the time to watch a hero rise from the ashes of comedy ruins.

Dan Donahue is an electrician by trade who started comedy 4 years ago. He performs on shows all over New England, opening for the likes of Juston McKinney, Christine Hurley and Dave Rattigan. Dan has a story telling style of comedy, mixing real life with irreverent observations.