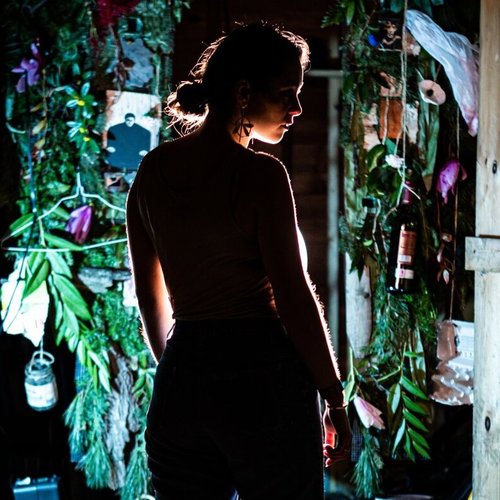 Eleanor Elektra is an interdisciplinary artist originally from the Pacific Northwest who fuses music and visual art. Driven by a deep connection with the environment, Eleanor’s songwriting focuses on issues of climate change and our collective disconnect with the Earth that houses, feeds, and sustains us. Combining elements of folk, jazz and classical music, Eleanor’s music soulfully paints a musical picture of the world as it is and as it could be.

Her forthcoming album, Exquisite Corpse, takes Eleanor’s art and activism to a new level. Artfully and urgently, the album paints a picture of the lives of young people growing up in the shadow of a changing climate and the catastrophe that will soon be upon us all if we do not act. Partnering with Extinction Rebellion MA, a local chapter of an international non-violent movement, whose overall ambition is an international rebellion that helps humanity to turn quickly onto a course that is compatible with life on earth, Eleanor is putting into words the feelings that come from living in this crucial time, but also urging listeners to act for the health of our planet.

Eleanor has toured extensively throughout the United States and Canada. She is based in Boston, MA and is a mainstay of the local music scene, performing at such venues as the House of Blues, the Lilypad, and Club Passim.

Haunt the House, (Will Houlihan)

"...This is the kind of music that the genre tag of Americana was custom-made for."--Robert Ham, Paste Magazine