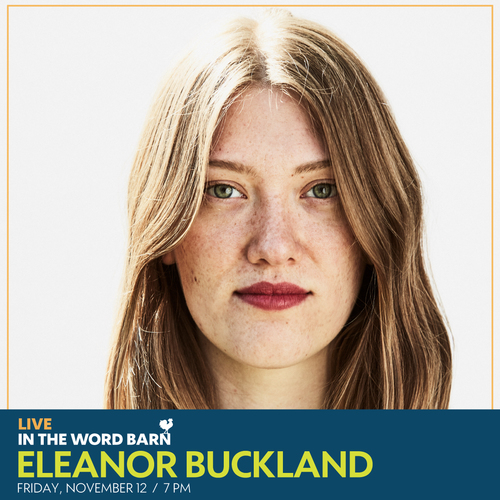 Since 2014, Eleanor Buckland has been one-third of Lula Wiles, the Boston-based folk-rock trio that has become an acoustic music scene favorite with their three critically hailed albums. For much of this time, however, Buckland was also working on another musical project – her own album. You Don’t Have To Know (due on October 29) spotlights a different side of Buckland’s musical interests as it sets her deeply personal songs against inventive indie rock arrangements.

Buckland didn’t know she was headed to making a solo album when she started writing the songs found on You Don’t Have To Know. Initially, she was thrilled simply having the freedom to get creative and write for herself. Although she thought about recording the tunes, the idea arose from a suggestion by Adam Iredale-Gray, a friend of Buckland’s (and her Lula Wiles bandmates Mali Obomsawin and Isa Burke) at Berklee College of Music and producer of the trio’s self-titled first album. While recording that album, Buckland and Iredale-Gray noticed, as she explains it, “a magical

spark of synchronicity in our creative processes.”

Born and raised in Maine, Buckland comes from a family full of musicians. Her grandmother, Betty Buckland, was prominent in the New England bluegrass scene, while her father, Andy Buckland, played electric guitar in Boston area bands. It’s not surprising then that someone who grew up playing bluegrass fiddle music as well as a healthy dose of Michelle Branch and Sheryl Crow would wind up with varied musical tastes – something Buckland clearly demonstrates on her solo debut.

Louisa Stancioff’s songs are of the folk genre, telling stories based on personal experience, and often embellished with fictional narrative and magical elements to more thoroughly convey reality. Her use of lofty reverbed-out electric guitar and the occasional drum machine loop exhibits a more contemporary version of “folk”. She doesn’t have anything released under her own name quite yet, but if you would like to hear some of her music, you can listen to her previous band, Dyado, anywhere.

Louisa is originally from Chesterville, ME, but has moved all around the country in the past 10 years, from upstate New York, to Missoula MT, Asheville, NC, Los Angeles, CA and all the way back to Maine. She currently resides in Camden.