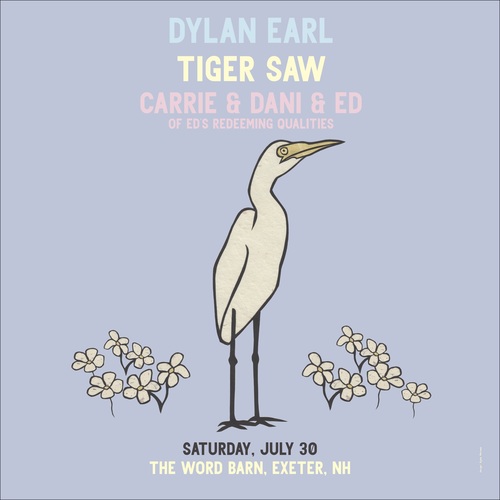 DYLAN EARL “has taken things formerly relegated to the Aaron Tippin-and-Travis Tritt crica-1992 vault and breathed new life into them. He's anything but insincere in his musical approach...the kind of baritone that's custom built for pairing with pedal steel and sticky VFW dance floors." - Arkansas Times

"[I] dug his real feeling brand of country, none of that pop shit here, real country, sad songs sung with beauty and power." - Covington Imagery

Dylan Earl is a post-country/countrypolitan/twangcore songwriter from the Ozarks in Arkansas. After driving numerous projects through basements, punk houses and dives in his late teens and early 20’s, he released his first solo EP in August 2015 titled "Blessing In Disguise"  It was produced by Daniel Romano in Ridgeville, Ontario. Recorded on tour summer 2016 is "Yee-Haw from Arkansas" a 3 track EP on LA based Play Yah Records at Route 2 Recordings also in Los Angeles. A full-length studio album "New Country To Be" was released September '17 recorded at East Hall Recording in the Ozarks of Northwest Arkansas. The second full-length pedal steel drenched concept LP “Squirrel in the Garden” came out in the US in 2019 on his own independent label, Fabulon Records. Rootsy Music released it in Europe.

The ever-changing collective Tiger Saw was founded by singer / songwriter Dylan Metrano in Newburyport, Massachusetts in 1999. Over seven albums, they’ve explored a beautiful, hushed, slowcore sound; indie pop sing-alongs; “basement soul”; and heartfelt Americana. Their most recent release, "Wet & Unlucky" is an album-length collaboration with the Arkansas based country band Dylan Earl and the Reasons Why.

Carrie Bradley lives in upstate New York. Danielle Leone lives in San Francisco. They used to live around here and for many years played and recorded as half (or two thirds) of Ed’s Redeeming Qualities. This summer they are taking time off from their current bands (The Great Auk and Sister Exister) to do a few shows as Carrie & Dani & Ed, featuring new songs by each, and some old ones of Ed’s.