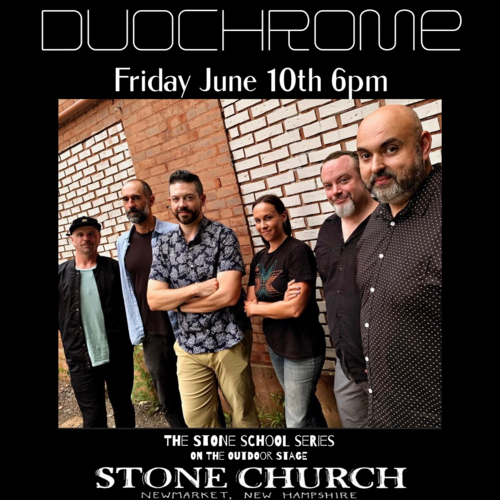 on the outdoor stage

Duochrome is a new project featuring compositions by longtime horn section partners saxophonist Jared Sims and trombonist Brian Thomas. The horn duo enlisted the services of their friends Amy Bellamy on keyboards, Nate Edgar on bass, Peter MacLean on drums and Steve Fell on guitar to form a super group to spend a day with Alan Evans at Iron Wax Studios in beautiful Western Massachusetts.

The session manifested six soulful funky tracks that draw comparisons to soul jazz originators The Crusaders and The JB’s as well as contemporaries like The Greyboy Allstars and John Scofield. Duochrome has partnered with Vintage League Music to release two singles 'Good Time' and 'Duochrome' off their debut album "Sky View" set to be released in the Fall of 2022.