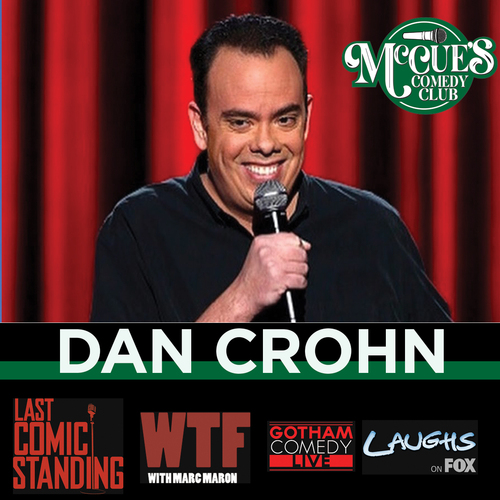 Dan Crohn has been performing stand up comedy in and around Boston for years. A semi-finalist in the Boston Comedy Festival and the Laughing Skull Festival, his stories of family and friends have entertained audiences from all over New England. Dan's jokes can be heard on XM Radio and he was recently a guest on a live episode of the popular podcast WTF with Marc Maron. His former day job of teaching 4th graders has provided him with endless amounts of material. He has wanted to be a comedian since the age of eight when he stumbled upon his Father's Henny Youngman records. Dan Crohn is quickly becoming one of the funniest comics in Boston, and with good reason: he's hilarious.

No Food in the Comedy Club