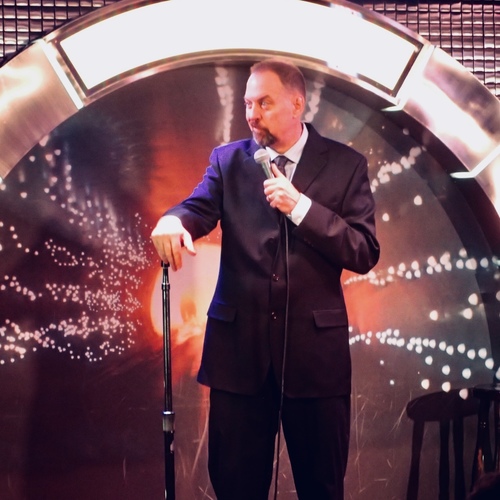 Jim McCue - featured on Comedy Central, Comcast Comedy Spotlight, NBC’s Last Comic Standing, Live at Gotham AX TV, and Jim did a Drybar Comedy Special has gone viral with over 2.4 million views since July. Jim has also performed as part of USO shows around the world.

Joey Carroll is a Boston favorite who has been described as a cross between George Carlin and Dennis Miller. His no holds barred style has earned him a spot at the Montreal Comedy Festival and on Comedy Central’s Pulp Comics. Carroll is a regular working in Las Vegas, Atlantic City, and cruise ships. Carroll’s ‘set up and punch’ style keeps crowds on their toes as he discusses politics, growing up in Boston, and ‘his Uncle Chuck.’ For the past five years, Carroll has toured the Middle East war zones entertaining U.S. troops in Afghanistan, Iraq, and other countries where US servicemen and women are serving.

Jack Lynch, is a veteran of the Boston comedy scene who has toured all over the United States and parts of Canada, entertaining crowds with his earthy style, great impressions, and sarcastic view of the world. Lynch has performed at all the major Boston venues as well as The Mohegan Sun Casino in Connecticut, The Borgata Casino in Atlantic City, The Improv in Miami Beach, The Punchline in Atlanta, Georgia, the Comedy Works in Montreal, Canada, as well as many colleges up and down the East Coast. Lynch has been seen on Comedy Central. Jack has shared the stage with comedy legends such as Lenny Clarke, Stephen Wright, and Damon Wayans to name a few. Joe Holden is a regular at the Comedy Connections in both Boston and Providence. His rapid-fire style in which he talks about life experiences and outrageously funny premises has audiences roaring. Holden has shared the stage with some of the top names in the business and is one of the fastest rising stars in the industry.