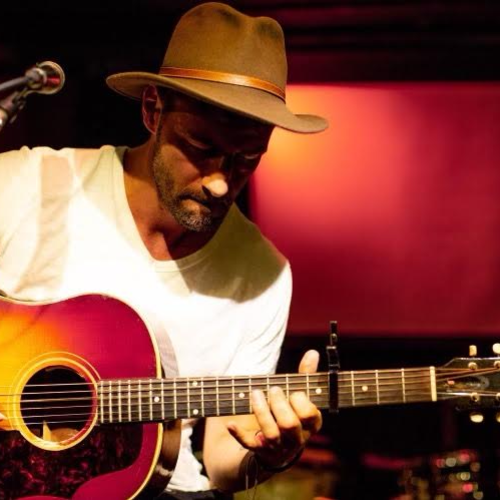 Charlie Chronopoulos is a writer/producer currently living in Peterborough, NH.

His 25 year career started early as a teenage blues guitarist sharing the stage with classic acts like the Doobie Brothers, Cheap Trick, and Grand Funk Railroad. After the break up and subsequent loss of his songwriting partner to a heroin overdose, he went on to produce his own solo records and work in the studio with several multi-platinum and Grammy winning artists such as Serj Tankian (System of a Down) and Shirley Manson(Garbage). His career took an unconventional turn when he was invited to work under Tony winner Diane Paulus to perform in several off-broadway productions for the ART at Harvard University. Chronopoulos credits this time with re-invigorating his love of storytelling and performance art, and so he rented an old mill space in Wilton, NH to start writing and producing his own work with renewed vigor.

His latest effort "Dead end" is a stripped down compilation of songs that play out like short stories, centering around the lives of family and friends he witnessed struggling with addiction during his time as a lounge singer in greater Lowell, MA.

While the subject matter is often heavy, Chronopoulos writes with empathy, and a war humor that serves as a counter narrative for the onlooker inclined to dismiss those who struggle with stereotypes of backwardness and poverty.