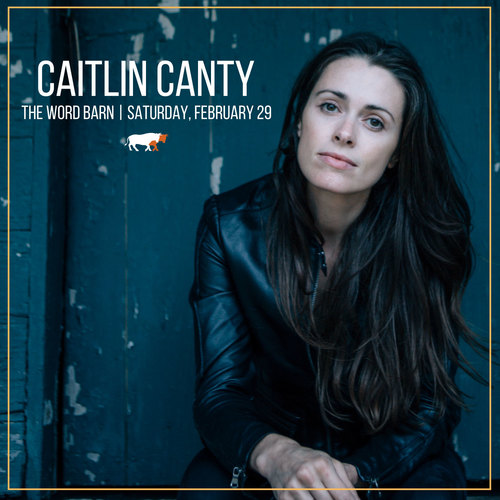 ***This concert is now SOLD OUT. Join our waiting list here and we'll notify you if we are able to locate tickets!***

Caitlin Canty delivers her songs with a 1930s Recording King guitar and a dusky alto. Her breakout record, Reckless Skyline, produced by Jeffrey Foucault, garnered glowing praise from NPR, The Telegraph, and Philadelphia Inquirer, among others. The lead track, “Get Up” was nominated for Song of the Year at the International Folk Music Awards and was one of NPR’s “Favorite Songs of the Year.”

The San Francisco Chronicle lauded Canty’s, “casually devastating voice and unshakable poise” and her “easy way with folk, blues and country motifs.” Raised in small-town Vermont, the daughter of a school teacher and a house painter, she spent a decade in New York City cutting her teeth on both sides of the microphone – as a performer and as the first employee of a live music startup. Her latest record features an all-star band on twelve songs that veer nimbly between country ballads and straight-up rockers, dark blues and sparsely arranged folk.