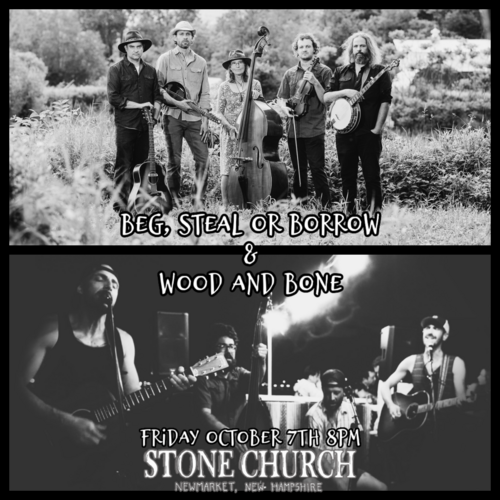 Guitar and Dobro/Resophonic Guitar player Jeremy Sicely, is a native Vermonter and raised in a family of musicians dating back to the 1940's Sicely Orchestra. Jeremy has been involved with the Vermont Music scene since age 15 with the band Nigel Guy from Cabot, Vermont who released 3 albums and is featured on the 2011 release of Area Code 802. With Nigel Guy he took a musical ramble into the Burlington area and was a drummer for Rock n' Roll Sherpa, Lunar Railroad, and 2nd Agenda. In 2003, Jeremy returned to his musical roots, picked up a Dobro, and helped form Bluegrass group The Medicinals, and later linked up with already well formed Bluegrass outfit, Gold Town from Southern Vermont. On the latest Gold Town Album Jeremy penned one song and sat in on Dobro on three songs.

More recent conquests include Flat Top Trio, who released a CD January 2012, family band, Hillside Rounders who released and EP May 2012. Jeremy has also worked with Rusty Dewees in his Logger shows and with local country singer Keeghan Nolan including opening for John Michael Montgomery. Jeremy can been seen sitting in on Dobro and Guitar occasionally with other projects and picking sessions in the local music scene.

Raised in Boxford, Massachusetts, Geoff graduated from Ohio University in 2004 with a B.F.A. in Percussion Performance and currently lives in

Jackson, New Hampshire. His family outfit, The Goodhues Band, was featured at the 2016 Mountain Laurel Autoharp Gathering. Geoff is the

drummer on J.D. Hutchison’s You and the World Outside, the 2016 Howdy Skies Records release featuring Tim O’Brien. Geoff picks guitar and sings

harmony alongside Danny Knicely as a member of the Bryan Bowers Band.

Roland has appeared as a soloist with the Yonder Mountain String Band, and opened for

Will Patton, Dono Schabner, and Patrick Ross. As part of his high school senior project, Roland

collaborated and performed with renowned jazz guitarist Bill Frisell. He has also appeared in

many dances and showcase events as part of Young Tradition Vermont. In June 2007, a radio

profile on Roland was aired as part of NPR’s All Things Considered program. Roland studied

violin performance at Boston University and at McGill, spent two years with the Boston Philharmonic Youth Orchestra and has been active in the Green Mountain Mahler Festival. He

lives with his family in Johnson, Vermont.

Fran has been playing music all her life, starting on piano and moving to guitar and bass. While living in northern California she played electric bass with the Superfines and upright with guitarists Rex Richardson and Petey Brucker. After moving to Vermont she played bass guitar with the band Snakeroot before joining the Mud City Ramblers on upright. She has also played with The Butterbeans, Bacon Grease String Band, the Max Weaver Band and plays with Granite Junction, Chickweed and The Ramblers. She lives in Walden Vermont.

Living in the Johnson, VT area since '95, Luke was a founding member of the notorious Mud City Ramblers and later on, Bacon Grease String Band. With musical influences ranging from Jerry Garcia, Slayer, Bach and Earl Scruggs, to name a few, you never know what to expect from him. But isn't that the way it is with all banjo players? Buy him a PBR and he'll tell you his life story.

Wood & Bone plays an ever-changing mix of harmony-driven Folk, Soul, Americana, and Groove. The band is based on the North Shore of Boston, and features Jesse Ciarmataro aka Qwill; guitar, banjo, and lead vocals, Joe Wilkins; guitar, mandolin, and vocals, Joe Cardoza; upright bass, and Dennis Monagle; drums, and vocals.