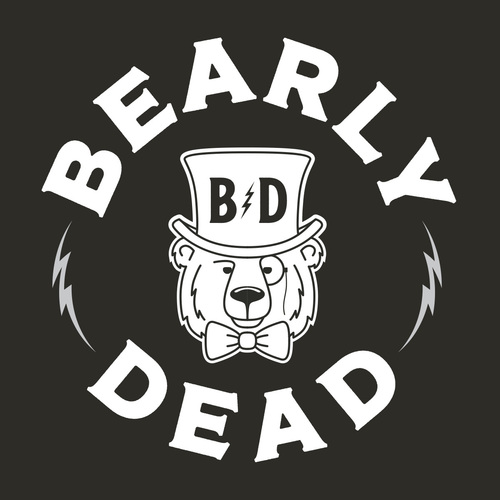 These guys are complete ANIMALS! Pulling a serious "HAT TRICK" and playing ONE MORE SHOW!

For an indoor performance.

Dead is an all-star cast of players with deep roots in the New England jam & festival scene. While the band plays all of the Grateful Dead classics, they also dive into an extended catalog, which may include any song that any member of the Dead ever performed. With over 230 songs in rotation and new material being added all the time, Bearly Dead performs wildly different set lists every night and ensures that each show is a unique experience. With no designated “Jerry” or “Bobby”, this band is able to breathe new life into songs with their fresh, high-energy approach to them. Bearly Dead is a setlist-nerd’s dream!

Founded during an intense snowstorm in April 2015, Bearly Dead played its first show at Church of Boston, marking the beginning of its hallowed Wednesday Night Residency. In September of that year, Church was sold and the band found a new home on Wednesday nights at Thunder Road in Somerville. During their 5 years at Thunder Road, Bearly Dead was nominated twice for the Boston Music Award’s “Live Music Residency of the Year,” and burst onto the scene as New England’s premier Grateful Dead tribute band. The band has had the opportunity to play at some of Massachusetts’ most prestigious venues, including The Paradise Rock Club and The Worcester Palladium, as well as headlining turns at The House of Blues Boston, The Sinclair, and The Middle East Downstairs. Bearly Dead has also become a staple in the New England festival scene with appearances at Disc Jam, Wild Woods, Luna Light, Wormtown, Yasgur Road Reunion, Great North, Kind Mind Campout, and many more.

Bearly Dead’s Wednesday Night Residency at Thunder Road continued unabated every week since its inception in September 2015 until the club’s closing in 2020. The phrase “Never Miss A Wednesday Show” became ubiquitous around Boston...and you really never knew what might happen! Thunder Road was a beacon to all musicians on Wednesday nights to come join in the fun, with notable appearances by Mike Campbell (Tom Petty & The Heartbreakers), Paul Wolstencroft (Slightly Stoopid), Steve Molitz (Particle/Phil Lesh & Friends), Kebbi Williams (Tedeschi Trucks Band), Rob Compa (Dopapod), Hayley Jane (Hayley Jane & The Primates), Johnny Trama (Dub Apocalypse), and Gary Backstrom (Gary Backstrom Band); and a surprise appearance by Jerry Garcia’s “Wolf” guitar in 2018 on Jerry Garcia’s birthday! While one door closes, many more will open - stay tuned to see what Bearly Dead will do for the next 5 years!