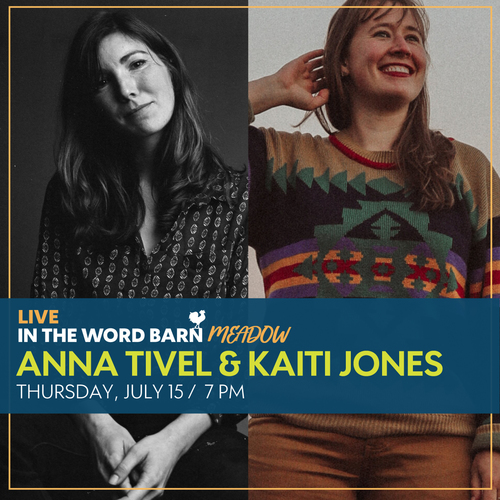 Holding a voice that shivers with intimacy, Tivel has the “ability to write arresting but sparse songs, anchored by vivid storytelling lyrics that showcase her uncanny ability to paint landscapes with words” (NPR).

Kaiti Jones writes songs to make sense of the world, as potent storytellers do. Her songs are a garden that she tends to, rooted in existential angst or failed romances that grow into retrospective anecdotes, sometimes evolving over months or even years.

Kaiti's upcoming album Tossed finds Jones exploring both her insecurities and resilience. Sometimes they come in a ballad of questions on “Mystic,” where she examines transitioning from rigid evangelical christian culture to a more open spiritual mindset, or an endearing rush of pop-rock on “Gettin’ Around To It,” which serves as both an ode to procrastination and a metaphor for the anxieties of life.

These nine tracks are the most sonically diverse that Jones has released since first publishing her music in 2009. They’re intimate and sown with personal details, without drawing to some grand, trite conclusion. “As I've gotten older, I feel like I have more and more questions and fewer answers, and I've just learned to be okay with that,” she says.