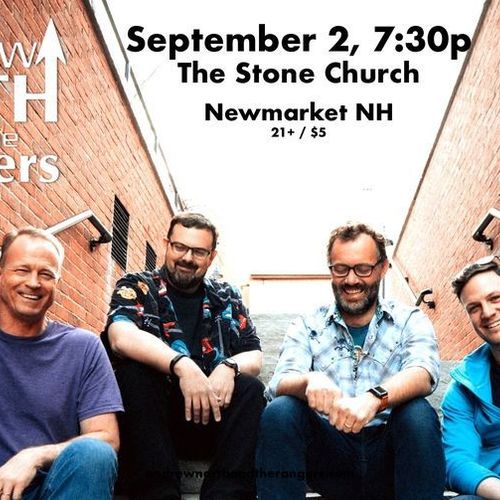 This album has been a long time coming, says North. Im so excited about the music that weve been making together and I think our fans, old and new, are going to love it.

The album captures the diversity of the bands styles, from instrumental jazz (Smoke and Mirrors) to straight ahead rock (Electrostatic Chills) and funky jams (Chicken in the Backyard). Its off-beat but accessible and fun, and it's clear that these are serious musicians that dont take themselves too seriously.

We made this on our own in a garage. We are just having so much fun right now, and that really comes through in the tracks says North. I took a long time off from making music, and I never thought I would get a band this good together and put out an album like this. Its just so awesome!

Andrew North and the Rangers are small-town friends brought together by an adventurous approach to music. The quartet span different ages, hometowns, and musical backgrounds, but they hit it off quickly at local open-mic nights. Over 3 years together they have honed their craft, drawing from the technical fireworks of classic rock, the spontaneity of jazz, the light-hearted fun of the jam scene, and even the intricate passages of classical composition. Their debut album, Phosphorescent Snack, showcases their genre-bending style and whimsical sense of humor. Its a reminder that amazing things can come from unlikely places.