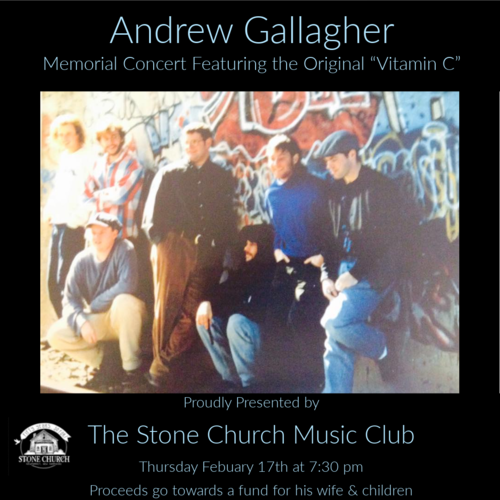 Originally formed in 1995 through students of the UNH Music Department, Vitamin C soon went on to become one of the most popular funk and groove-based bands in and around the UNH and New England area.

In recent years they have been discussing the possibility of a reunion night, but what’s put this one into fruition was the sudden death of one of its band members and co-founders, Andrew Gallagher, who passed away on July 4th, 2021.

A multi-instrumentalist, teacher, singer, songwriter, and producer/engineer of countless records and individual songs, Andrew was a dedicated father of two who split his time evenly between caring for his children, spending time with his wife Megan, and always creating new music in his production studio.

The performance will reunite the band in full in what is expected to be a night of remembrance and funky exuberance, which the band thinks is exactly what Andrew would have wanted in his memory.

The nights proceeds will go towards a local charitable cause yet to be determined.