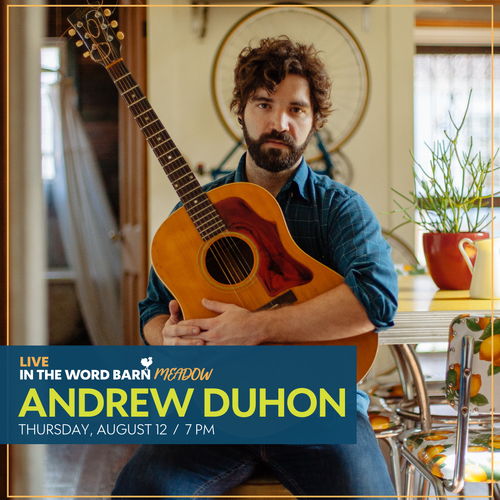 Andrew Duhon is a songwriter from New Orleans whose ability to craft a 3-minute novel has earned him comparisons to John Prine and Jim Croce, while the powerful soul of his voice evokes a youthful Van Morrison.

He has released four recordings, including his 2014 release, “The Moorings,” which was nominated for a Grammy award for “Best Engineered Album.” His latest album, “False River” is described by American Songwriter as “fresh, innovative, and complicated in all the right ways.” His most frequent touring outfit is a trio consisting of upright bass, drums, and three-part harmonies that bring the sonic landscape of his songs to life.