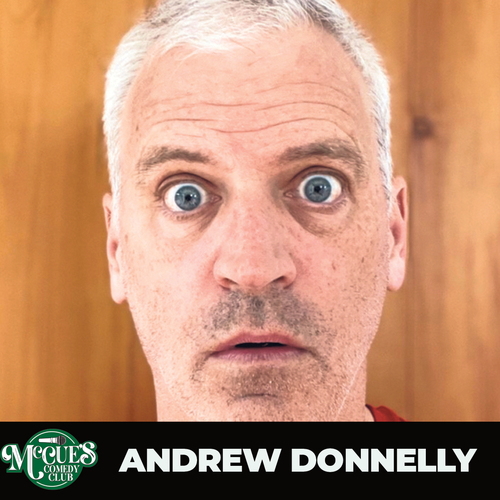 Andrew Donnelly is a stand up comedian, actor, writer and old sea captain. He has performed all over the world, but prefers laundromats with a lot of noise and confusion. You may have seen him on Comedy Central, The Late Late Show, Archer, Maron, Superstore or in one of his million television commercials. Andrew had a cat named Mr. Business who was killed in a massively tragic boating accident. No. By the way, if you’re thinking about naming your cat, don’t bother cause it’s not gonna beat Mr. Business. Andrew has a lot of ADD, like, the most you’re legally allowed to have and still be in public.