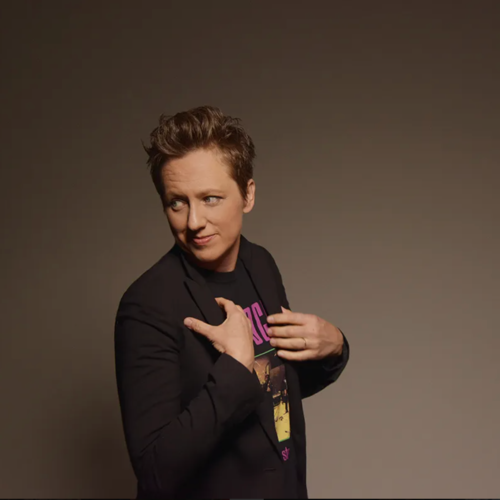 Ana Egge grabbed hold of her life as a musician early on — as a teenager, she built her own guitar and moved to Austin, TX to observe, absorb and take risks. The striking depth and unusual maturity of her singing, playing, and songwriting got her noticed, and she recorded her first album, River Under the Road (1997), with the legendary western swing band Asleep At The Wheel. The Austin Music Awards named her “Best Singer/Songwriter” and “Best Folk Artist.” Over the ensuing years and nine subsequent CDs, Ana has made good on that promising debut. She has worked with producers Martin Terefe, Jason Mercer, Joel Plaskett, Steve Earle, and Stewart Lerman, and recorded full albums with The Stray Birds and The Sentimentals. Ana’s last single, “We Are One,” co-written with Gary Nicholson, has gathered over five million Spotify spins. RnR called her last album, White Tiger, “wonderful,” and No Depression deemed it “nothing less than a balm for the soul.” Now, in 2019, she has released Is It the Kiss, her eleventh album, a new batch of Egge originals of such singularly articulate and affecting honesty and sensitivity, as to once again deserve USA Today’s accolade, “[Ana] can write and sing rings around” her contemporaries.

Ana Egge grew up with parents who “dropped out,” choosing to raise four girls in a lovingly cobbled together combination of a small farmhouse on the North Dakota plains, a bus on the California Coast, and a hot springs commune in rural New Mexico, scraping together dimes and hand-me-downs. Ana learned that her life was truly hers to create. “We were always the outsiders,” she says. “I was taught how to shoot a gun and how to enjoy alfalfa sprouts and tofu. I ran around barefoot and learned to ride a motorcycle when I was five. I grew up with all the time and space in the world.” Given her unconventional upraising, it’s not surprising that Ana has since been plotting her own journey, confident, fearless, and uncompromising. She’s been around the horn of life’s experiences, having forsaken the Great Plains for Sunset Park in Brooklyn, where she lives with her wife, Amy, and their five-year-old daughter, but she’s never lost touch with the free-spirited childhood and the Western landscape that formed her.