Django By The Sea Festival 2022

Django By The Sea Festival 2022 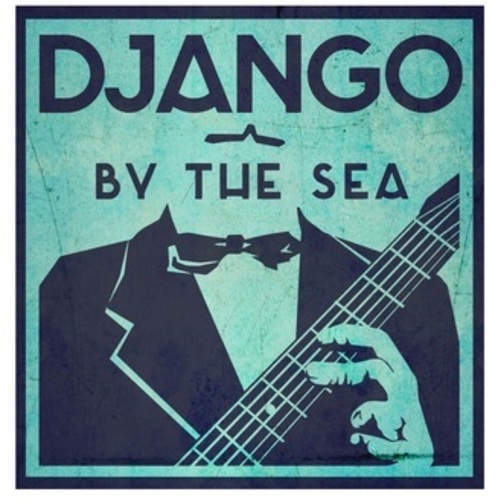 A Celebration of The Beatles with MetaBeat!

Vocalist Taylor O’Donnell and Chris Klaxton,(on trumpet, guitar and vocals!), will be joining longtime Meta-Beat members, Mark Shilansky -piano, Eric Byers-guitar, Mark Poniatowski-bass, and Les Harris Jr.-drums for a performance of the music of The Beatles,(as well as the solo material of John, Paul, George and Ringo!), with an original jazz twist.

The Hot Club of New England is a musical collective featuring the top swing, gypsy, and hot jazz musicians in the New England area. Founded when jazz power couple vocalist Atla DeChamplain and pianist Matt DeChamplain teamed up with violinist Jason Anick and bassist Greg Loughman of the internationally renowned gypsy jazz group The Rhythm Future Quartet, HCNE is on a mission to bring the elegant and classic style of the swing era and the roaring 20's to a modern audience. Their music contains echoes of Ella Fitzgerald, Duke Ellington, and other legends of the Great American Songbook, tinged with the French Manouche style of the great Django Reinhardt and the Quintette du Hot Club de France.

Ian Coury and Catherine Bent have a musical connection that transcends their backgrounds and crystallizes around their passion for Brazilian choro music. Choro (pronounced “shoh-roh") is an instrumental music that has its origins in late 1800s Rio de Janeiro. It's been likened to New Orleans jazz, and shares that tradition's improvisation, soulfulness, and often irrepressible joyfulness.

​Having shared a stage with Brazilian choro legends Armandinho and Hamilton de Holanda by the age of 12, Ian Coury has since been accruing professional awards and accolades and is already, at 20 years old, one of Brazil’s most-respected virtuosos of the 10-string mandolin.  As he continues to push the boundaries of the instrument and of the choro genre, he has performed with such luminaries as Paquito D’Rivera, Claudio Roditi, and Toninho Horta, and in the past two years has received two important awards: “Best Instrumentalist” in the National FM Radio Festival (2020), and second place (by popular vote) in Brazil’s eFestival (2021), both for performances of original compositions.

Ian comes from Brazil’s capital city, Brasília, where he began playing mandolin at age 8, studying with Marcelo Lima at the Raphael Rabello School of Choro.  In 2019 Ian received a scholarship to study at Berklee college of music in Boston, where, in his second year, he received the String Department Award, and has already taught a choro workshop at Harvard University.  Before coming to the US to study, Ian had already made the journey to perform at NAMM (2017, 2018), but his professional trajectory in Brazil began much earlier; in 2014 he played both solo and with Armandinho at the Club do Choro in Brasília; 2014 and 2015, he was recognized for his merits by the Brazilian Academy of Sciences, Arts, History, and Literature; in 2016 he appeared on the cover of Choro Magazine, and received a culture award from Brazil’s House of Representatives.

​Constantly challenging and redrawing boundaries, cellist Catherine Bent has never fit easily into any category. Classically trained on cello and piano, conservatory trained in jazz, and professionally experienced in countless genres, Catherine built a career on the margins while patiently uncovering her unique artistic voice.

In graduate school Catherine started playing choro, the infectious Brazilian hybrid of European dance music and African rhythms. Following the initial interest, she dove deep into the tradition and went on to spend many months in Rio de Janeiro—building her repertoire in jam sessions and alongside masters—and took the choro scene by storm with her virtuosity on the cello and fluency in the style.

The acoustic jazz ensemble, Rhythm Future Quartet has a straightforward agenda: to keep the spirit of Gypsy jazz alive and expanding in today’s musical universe. The virtuosic foursome, named for a Django Reinhardt tune, offers up a newly minted sound, influenced by the classic Hot Club of France, yet wholly contemporary. Founded by violinist Jason Anick, the quartet performs dynamic and lyrical arrangements of both Gypsy jazz standards and original compositions that draw upon diverse international rhythms and musical idioms. With Max O’Rourke, Henry Acker, and Greg Loughman rounding out the quartet, Rhythm Future is dedicated to expanding the boundaries of a vital musical genre.

The Fall of 2018 marked the release of their newest album, “Rhythm Future Quartet and Friends”, which features the critically acclaimed singer Cyrille Aimée, brazil’s top bandolimist Hamilton de Holanda, and world-renowned guitarist Stochelo Rosenberg. While maintaining the effervescent lilt, virtuosic musicianship and adventurous musical leanings of their previous recordings, Rhythm Future Quartet and Travels (picked as one of the best jazz albums of 2016 by All About Jazz and the Huffington Post), RFQ and Friends brings vibrant new colors to the mix. JazzTimes Magazine stated, "RFQ and Friends is packed to the gills with feeling and remains consistently dynamic, full of virtuosity and swing." With its arresting blend of Hot Club of France styled string jazz, Brazilian and East European idioms, original compositions and hints of classical music, the album marks a significant moment in the growth of a continually evolving ensemble. (And one with continually increasing popularity: the quartet’s version of Django’s "Minor Swing" has over four million views on YouTube, while their video clip of "Bushwick Stomp" from Travels has over three million Facebook views.)

Jason Anick, an award-winning composer and one of the youngest violin professors at the esteemed Berklee College of Music in Boston, has shared the stage with an array of artists including Grammy award winning guitarist John Jorgenson, Stevie Wonder, The Jim Kweskin Jug Band, and Tommy Emmanuel. Henry Acker is a young powerhouse jazz guitarist who performs both in the style of Django Reinhardt as well as traditional jazz. A child prodigy who began playing at age 8 and performing professionally at age 9, his talent and abilities have developed into nothing short of astonishing. Henry has already shared the stage with jazz greats Bucky Pizzarelli, Frank Vignola, Julian Lage, Bireli Lagrene and Vic Juris. He is a five-time winner of the Downbeat Magazine Student Award for jazz guitar soloist.

Guitarist Max O’Rourke, was the winner of the 2015 Saga Award from DjangoFest Northwest and at 22 has already toured/recorded with many of the top American Gypsy Jazz musicians including John Jorgenson and Gonzalo Bergara. Greg Loughman is a top call bassist in Boston and has been heard with such luminaries as Sheila Jordan, Curtis Fuller and George Garzone.