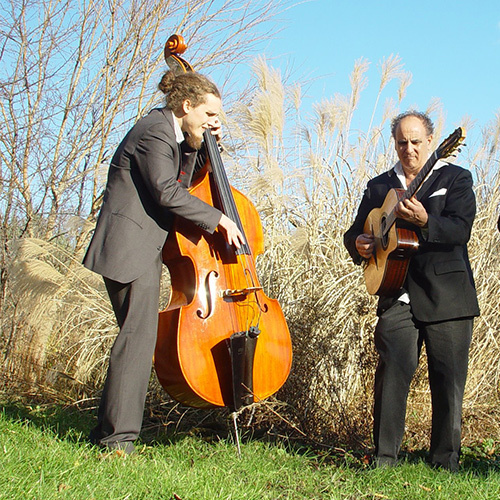 Back by popular demand, the Ameranouche Gypsy Flamenco Swing Ensemble returns for a performance at Haley Art Gallery on Friday, September 13, 7-9 pm. The ensemble will include Richard “Shepp” Sheppard on Guitar and Michael K. Harrist on Upright Bass. Admission is $15. Space is limited. This event SOLD OUT last year.

The award winning Ameranouche (pronounced uh-Mare-uh-noosh) plays a passionate style of music they call “Gypsy Flamenco Swing.” Veterans of the Newport Jazz Festival, Djangofest Northwest, Muzikfest Bethlehem, PA and the National Press Club, their name is derived from American and Manouche, the gypsy tribe of guitarist Django Reinhardt. The rip-roaring ensemble is a super force of hot acoustic Gypsy inspired music mixing Flamenco, Bebop and Jazz swing influences.  The music is rhythmic, vigorous, and elegant.  Ameranouche is committed to connecting with its audience and sharing joy and peace through its live shows and recorded albums.

Richard “Shepp” Sheppard, on Guitar, attended the Berklee School of Music, studying guitar and composition with Pat Martino in Philadelphia, composition and aesthetics with Dr. Frank Haas in Vineland, NJ and guitar with Attilla Zoller in Southern Vermont. He has taught guitar, composition, and music theory as a faculty member of Bennington College (Vermont) and Pittsfield Community Music School (Pittsfield, Mass.) and performed with various artists including John Jorgenson, Ritary Ensemble, Rick Danko, Taj Mahal, Hot Tuna, and Vassar Clements. His passion for Gypsy music and love for the guitar in general are what drew Shepp to form Ameranouche. He has written hundreds of compositions and continues to invest his time in the evolution of Ameranouche. He is an endorser of Dell Arte guitars, Wegen picks and John Pearse strings.

A versatile bassist, Michael K. Harrist has toured throughout the U.S. and Europe with various artists including new music ensemble Capillary Action and Ross Daly and Kelly Thoma of Crete. A respected member of the Boston music community, he performs regionally with Orkestra Marhaba and jazz great Joe Hunt, among others as well as composes and writes songs for the Çeşni Trio, Harrist Family Band and Sol & Kiel. Drawing heavily from his background in Jazz improvisation and his studies of Hindustani music, Ottoman Art Music and the Western Classical tradition, Harrist studied composition and music history under composer Stan Charkey at Marlboro College and double bass with James Macdonald at the Open Music Collective in Vermont. He continues his studies with William Allaudin Mathieu, Pandit Ramesh Mishra, Fred Stubbs, George Ruckert, Ross Daly and Evgenios Voulgaris and teaches privately and conducts workshops in New England and beyond. 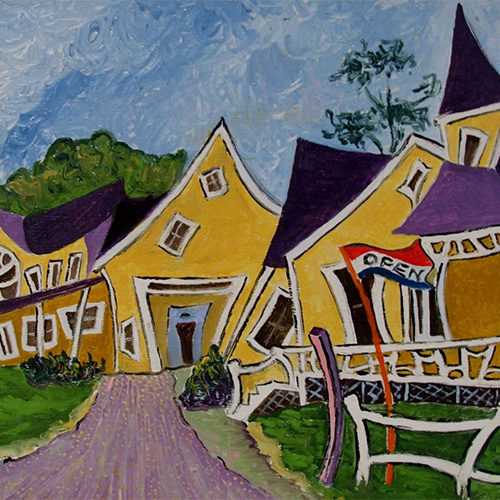